the solution for shear joints

The joint developed and patented by TSF can be interpreted as a hybrid assembly that works as a bolt and as a shear pin simultaneously.

The shear bolt absorbs conventional manufacturing tolerances of holes and unlike the standard pin, maintains contact between pieces with preload, thereby transmitting shear loads. It means, that the shear load transmission can be considered nearly pure.

The absorption percentage of load by friction between the joint surfaces, is defined by the bolt's angle, the applied preload and the friction coefficient between surfaces.

As principal advantages over standard pin, the expandable bolt makes possible the easy disassembly of the joint and its reutilization.

The expandable bolt is the indicated component for any joint with high requirements of shear load. 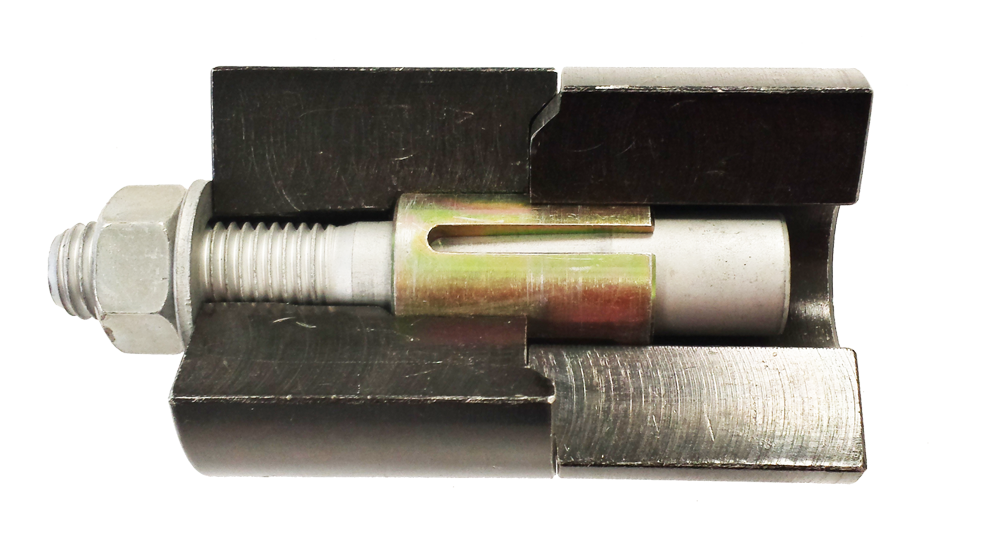 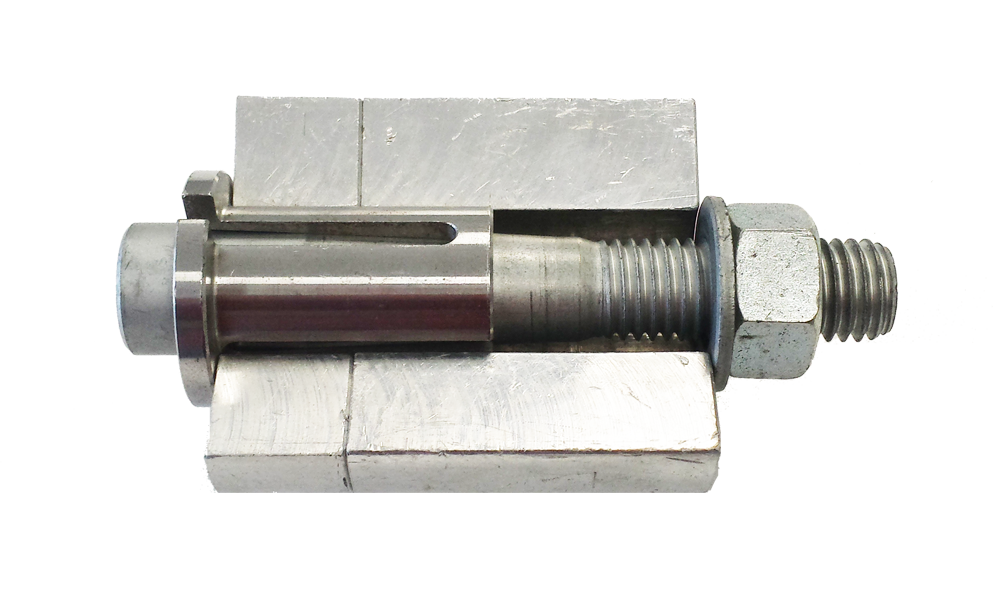